Speak up or stay silent? Why bystanders remain silent in the face of workplace bullying 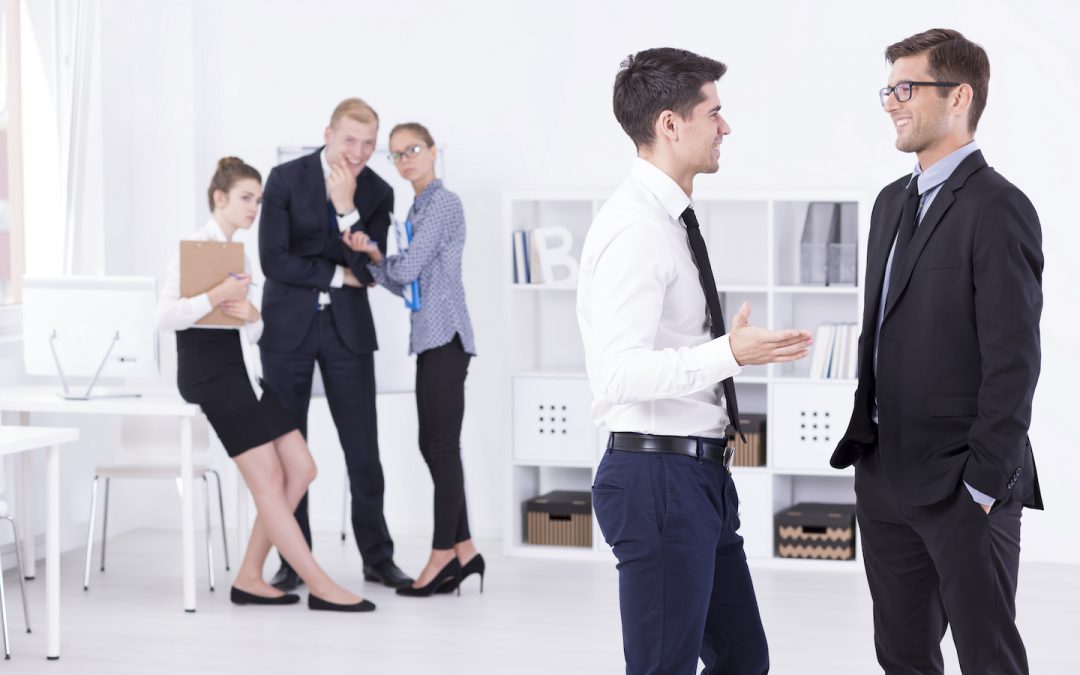 Picture this. You are at work and one of your colleagues, Dina, is searching through another colleagues, Sandra’s, work draw. Sandra is absent from the workplace at the time. Dina pulls out a packet of medications from Sandra’s draw and makes a comment about how they always knew she was a “druggie”. Other employees around laugh, some making comments in agreement. You feel uncomfortable as you know other demeaning comments have been made about Sandra previously.

As a bystander, who are you? Do you join in and laugh or do you call the behaviour out?

As an employer, what action would you prefer your employees to take? Join in the laughter or call it out?

Research tells us that being a workplace bystander to bullying and harassment can cause significant stress and anxiety. Bystanders have also reported less satisfaction with their work than those who have not witnessed or observed bullying and harassment. This results from poor leadership, negative social environments, and less control over their work with them experiencing more workplace conflict all of which leads to lower work productivity and outcomes.

Yet many bystanders don’t act, or speak up, to change the workplace for the better. Why is that when the impacts of bullying and harassment on bystanders can be significantly negative?

What is a bystander?

When it comes to bullying, a bystander can be defined as employees who are part of the bullying environment, but have been neither targeted nor become a bully themselves. Over time, bystanders can collude with bullies, either actively or passively, or become targets as well. Regardless of position, anyone can be a bystander, from executive management to other general roles in a workplace. This is an important fact to acknowledge, as if the workplace is going to change, those at the top of the workplace hierarchy need to be aware that they too can be bystanders.

Why don’t bystanders ‘speak up’?

There are many reasons that bystanders in the workplace don’t speak up regarding workplace bullying and harassment. The bystander effect, mentioned above, indicates action for speaking up is a five step process for bystanders.

Those steps are that:

Without these five actions, bystanders won’t act or speak up.

However, there are other factors that influence whether employees will act or speak up which we explore further below.

Power, and the related concept of resultant fear, holds significant influence over whether bystanders will act or not. A target’s coping behaviour depends on the power of the workplace bully, both formal and informal, and this impact flows onto others in the workplace. Power is defined as the extent to which one individual can control another person’s outcomes. Where bystanders depend on an individual or individuals in a powerful position to maintain their own position and resources (eg. employment, income, promotion, safety, etc) they are more likely to avoid acting or speaking up.

Some bystanders may not act because they blame the target for the bullying and, by being bullied, justice is being carried out. Workplace bullying, is usually a process that plays out between known parties rather than a once off incident that plays out between strangers. Where colleagues ascribe control ability over a negative situation, they will also assign responsibility to the target. This leads to less sympathy and more anger towards the target effectively stigmatising them.

However, it should be noted that, in some situations the opposite may be the case and it is the sense of justice and moral identity that pivots a bystander into action. Individual employees with a stronger sense of moral injustice may feel more morally motivated to support the target and/or confront the perpetrator. The reality is that few of us will fall into this latter group, a target ally due to the reasons outlined here.

Stigma can be contagious and there is a fear that just by being seen with a target can lead to a perceived association stifling action from bystanders. This, for the bystander, comes to be a threat to their existence in the workplace. Even a short interaction with the target may be misconstrued by a bully as an allegiance resulting in the bystander becoming a new or additional target. It can be safer to stay silent as a bystander than risk the wrath of a bully.

Creating a productive, safe and successful workplace relies on eliminating bullying and this can be achieved by ensuring your bystanders speak up. To achieve this, you need to focus on building a positive culture where employees support each other when they witness bullying behaviours by to speaking up early. This starts with educating your all employees to recognise the inappropriate and unwelcome behaviours in your workplace, understand and give them insight to their own barriers to speaking up, and what to do when they see them.