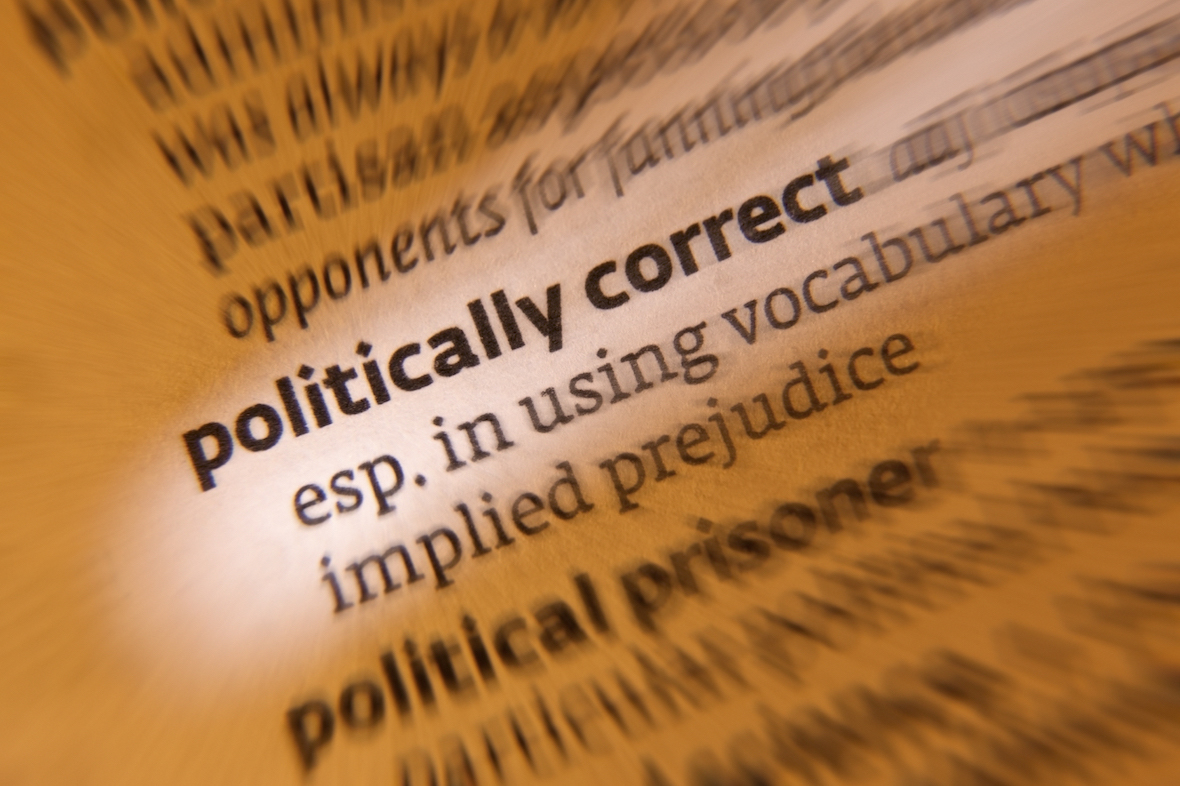 Not so long ago, I read a post on LinkedIn. I was horrified to read that the poster had labelled workplace bullying as political correctness gone mad. At first, I asked myself the question “Should I be horrified by some writing that?” just to make sure I wasn’t being overly sensitive. This was followed by asking myself “Why wasn’t bullying prevention and management political correctness?”

Workplace bullying is not political correctness for the simple reason that we know that it can lead to serious injury from which some people never fully recover and, in worst case scenarios, may take their own lives. That being said, even if not at the serious end of the injury scale, workplace bullying can have some very significant and debilitating health impacts.

What health impacts are connected with workplace bullying?

The physical and psychological health impacts of workplace bullying are both intertwined and complex. Being subject to workplace bullying exposes us to the negative side of stress. This stress triggers a biological stress response that is coordinated through the activation of the nervous system and hormone secretions that affect both the body and brain. Long term studies by occupational health researchers have linked bullying at work to cardiovascular and gastrointestinal diseases including strokes, heart attacks, cardiac failure and irritable bowel disease.

The symptoms of being bullied can be different for each person depending on their medical history, how long they have been bullied for and a range of other factors. Listed below is a range of physical and psychological impacts that have been linked to workplace bullying. 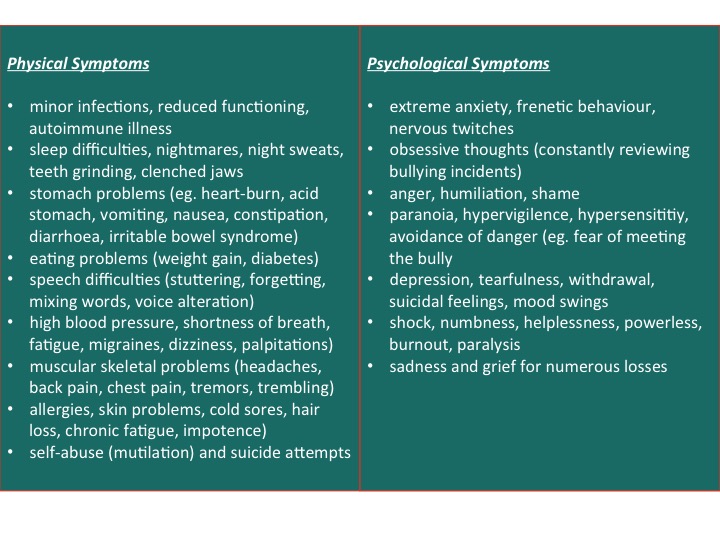 At the most serious end of the injury scale, workplace bullying has been linked to targeted individuals taking their own lives. There is still much research to be undertaken in this area as it remains one of the lesser studied areas of workplace bullying. However, a longitudinal Norweigan study of 1846 employees complete over a 5-year period indicated that workplace bullying targets were twice as likely to consider suicide than their non-bullied counterparts.

In Australia, we have a number of individual stories that have received media coverage. One of the most known case that we know of being 19 year old café waitress Brodie Panlock. She took her own life after being bullied by her colleagues in the workplace.

Can bullying be bad for the bully as well?

Ironically, bullying can also present health and safety risks for those who use bullying behaviours. One study identified 305 school children from the 1950’s Scotland who were perceived to be bullies by teachers. An study investigating them 60 years later determined they were more likely to be smokers and have greater levels of depression than non-bullied counterparts.

On top of that, there is also the risk that a bully may be on the receiving end of physical violence. One target of bullying I worked with had been bullied by his supervisor for eight years. The bullying ended one day at work when the target punched his tormentor repeatedly in the face.

At the end of the day, we can’t afford to let workplace bullying become belittled as this poster on LinkedIn did. People who get bullied are our partners, family members, friends and colleagues. I don’t want to see them injured. Do you?