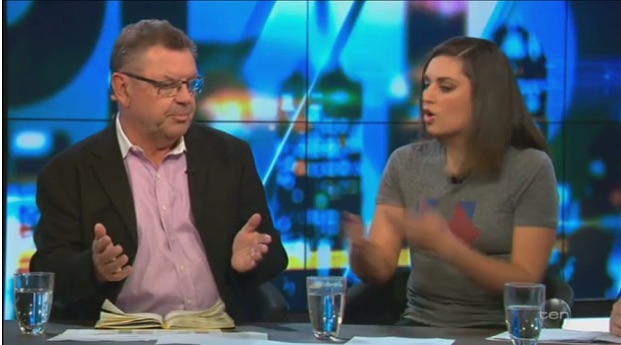 There were two ways I responded to this. Firstly, if you found an increase in bullying claims, then perhaps your employees haven’t been trained properly or provided with the right solutions. My other response was more of a question – maybe the problem is your workplace has bullying a problem? And if you have a workplace bullying problem, you have a significant risk to work health and safety.

However, for the purposes of this conversation, let’s assume the latter is not the case and focus on false positives.

What are false positives?

The concept of false positive bullying is when individuals or groups report bullying when it is not actually occurring. In other words, it is The Boy Who Cried Wolf.

False positive reporting can have some significant implications in a workplace. Reports of bullying can be emotionally draining on the accused person impacting on their health and safety. A falsely blamed person can loose their reputation, their confidence and/or their job. The cost can be excessive to organisations as you spend time and human resources on investigating and managing the problem. The result may also be that a bigger problem than originally existed is created, absorbing more of your valuable time and resources. All round, your business suffers and your clients or customers aren’t getting the service they expect as a result.

If you are a casual or avid follower of the media, you may have noticed the storm that surrounded the Steve Price incident that played out in November 2016. Price is a radio presenter and regular panellist on television debate program The Project. He became the focus of an alleged workplace bullying incident. It should be noted I have included the term workplace. This hasn’t been mentioned in any reports, but the alleged incident occurred in Price’s workplace, hence my addition.

The panel were interviewing and directing questions at their guest who was commenting on the US presidential Trump win/Clinton loss. Price jumped in with his opinion and was shut down by his colleagues with a few stern words uttered.

Not long after, a petition had sprung up on Change.org that garnered just over 34000 signatures. The petition stated:

In every single Facebook post detailing the exchange, the people of Australia have expressed their outrage of the leftist bullying that occurred, coming out in support of the conservative commentator.

The behaviour was labelled as “abuse” and degrading. A public apology on national television was called for from the presenters involved to recognise the unacceptable behaviour.

Yet, the petition hit a snag in the form of Steve Price himself. He stated:

I don’t feel that I was bullied at all. No one on The Project owes me an apology for anything. I’m a big boy, I can look after myself. Let’s get on with the program.

Research on bullying indicates that the experience is very individualised. What one person experiences as bullying, may have no impact on someone else. It also discusses that if a person can defend or stand up for him or herself, then it is equally not bullying. In this case, Price clearly states he didn’t feel he was being bullied, therefore it is not bullying.

Nor does the Price incident match Australian or international definitions of workplace bullying. In Australia, a commonly accepted definition is that bullying has the characteristics of being repeated, unreasonable behaviour towards an individual or group that creates a risk to health and safety. This was a once off incident (not repeated) on a debate program (not unreasonable to expect some challenging conversations) where no one appears to have been injured or at risk of injury. It just wasn’t bullying.

Why the false positive?

So why has a proportion of our population falsely reported this as bullying via the petition? Researchers have argued that part of the issue is our general lack of knowledge of what is bullying. I have written before that the media often use the word bullying in reports without providing an understanding of what legal definitions or characteristics that define it. This has contributed to a false understanding of workplace bullying in the community at large.

Defining bullying in Australia is relatively new. Our key current sources of workplace bullying definitions come from the Fair Work Act 2009 that was implemented in January 2014, while safe work authorities have provided definitions since 2011/2012. The lag between creation and implementation is not a new phenomenon. Many of us haven’t yet caught up with the definition because it hasn’t been much of a societal priority (until now).

However, false positive reporting can have a much more dangerous intent. False reporting can be used maliciously or vexatiously as a course of retribution or payback. It can be a deliberate attempt to undermine another person. A paper by Klein and Martin (2011) discusses how one individual can coerce a whole organisational system into supporting him or her who is actually the bully to attend to his or her needs. One example cited involves the bully employing threats of resignation, allegations of discrimination and taking the case to an industrial tribunal to achieve the outcome sought. In another case the bully uses deliberate deceit drawing in the organisational personnel team to achieve his or her goals.

So what do you need to do to stop the false positives to help you save time and money for your business?

A major key to preventing false positive reporting lies in employees at all levels of your organisation understanding what is bullying. Within this, it is important to consider what is the most appropriate method of training considering all the factors from cost to understanding how people learn. A balance between eLearning and interactive face to face training needs to be struck to ensure effectiveness.

Having a go to person internally or externally who staff can talk to providing an opportunity to work through what is happening to them and work out whether the behaviour is bullying. This needs to be someone they can feel safe with to have a confidential discussion.

An effective assessment process allows you to determine whether a situation is, or is not bullying. It allows you to minimise the subjective by drawing in observed behaviour and other evidence to support or refute allegations of bullying.

Knocking false positives on the head is an effective preventative strategy. I mean, which would you rather do? Spend your money on a false claim of bullying or on keeping employees safe and well and services that will grow you business?