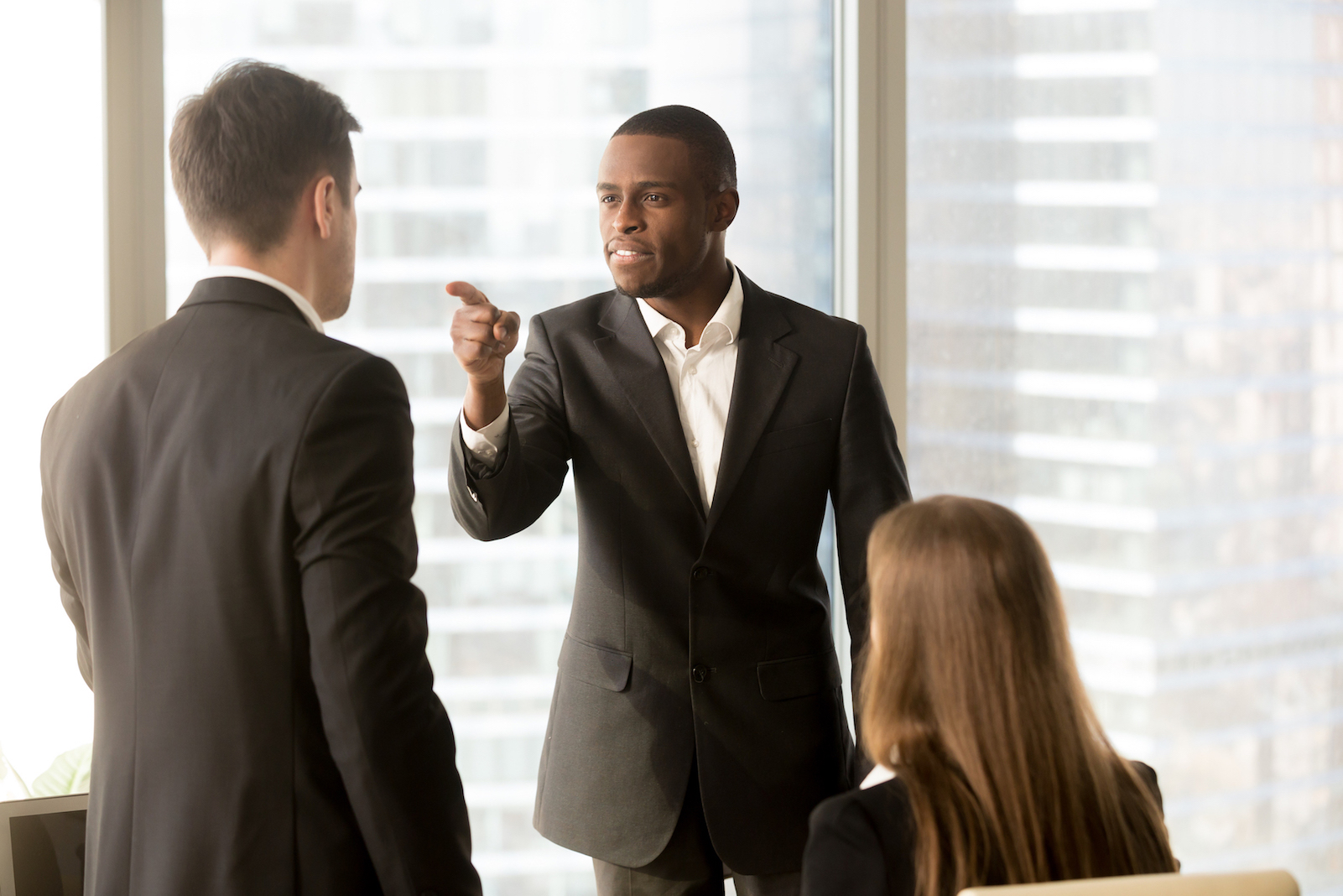 Are you concerned that if you start performance managing a member of your team that you will be accused of bullying them? If you are, you are not alone.

However, under the Fair Work Act, reasonable management action carried out in a reasonable manner is not workplace bullying. As an employer or manager, you are allowed to work with your employees to improve and maintain work performance.

In this article we will explore what reasonable management action is, and is not, through a case that was heard by the Fair Work Commission. We will highlight some key tips for you to consider in how to manage performance in your business to prevent workplace bullying claims.

In October 2017, Commissioner Wilson heard an application for an anti-bullying order brought by Kate Burbeck against the Alice Springs Town Council (ASTC). Kate raised six incidents that occurred between April to October 2016 as examples of workplace bullying. This included ASTC’s:

Commissioner Wilson ultimately found that four of the six matters were unreasonable management action. This was key to the finding that Kate had been bullied in the workplace resulting in an anti-bullying order being made.

In June 2016, Kate completed ASTC’s performance appraisal process. Kate was given feedback that she needed to improve her time management, including reducing her use of Time Off in Lieu and that there were issues with her being late for staff meetings. She was also given feedback was that she could present as condescending in one on one meetings. As a result, management decided Kate should commence performance counselling.

While Kate raised this as an example of workplace bullying, Commissioner Wilson found this to be reasonable management action. ASTC had utilised their prescribed process to convey their concerns about her performance. It was not workplace bullying.

An interesting point identified by Commissioner Wilson was that the managers, didn’t use the term “performance counselling” or “performance management”, primarily because of their discomfort with the term. He advised that as ASTC had followed the process prescribed within their Enterprise Agreement, the language used by the managers should have been aligned with the ASTC’s process. This ensures a clear understanding between all parties of action and intent.

You can provide performance feedback in a reasonable way. It must match your organisations policies and procedures. You should use clear and specific language.

Role of the Code of Conduct

The ASTC Code of Conduct and how the Council used it was significant in Kate’s successful bullying claim.

The Council alleged Kate had failed to follow the Code of Conduct, specifically that she had failed to respond in a “professional manner…which includes treating a fellow employee and all those in the workplace with courtesy, dignity and respect at all times”. Examples identified by ASTC as unprofessional behaviour were:

Commissioner Wilson highlighted it is up to “individual workplaces to determine standards of behaviour conduct they accept in their workplace”. However, in making his determination, he could not find a link between what was written in the Code of Conduct and the behaviours displayed. At best, the Code described unreasonable behaviour as “both obvious and hidden, that intimidates, humiliates or causes harm to an individual or group within a workplace”. His finding could not support Kate’s email being a breach of the Code as he did not find what was written as intimidating, humiliating or causing harm to anyone. Neither was a “raised voice”, which was not angry or aggressive, found to be unreasonable behaviour. As a result, the ASTC’s allegations were deemed unreasonable management action.

Your Code of Conduct or Appropriate Workplace Behaviours policy needs to define in appropriate detail what your workplace defines as acceptable behaviours and what are not. This allows your employees to know what behaviours are acceptable and hold everyone to account for those behaviours. It also provides you with a measure for performance management processes.

Kate was given two allegation letters both incorporating the Code of Conduct breach, with the second also raising five new incidents relating to Kate leaving work, being absent, or taking Time Off in Leiu without appropriate approval across August to October 2016. For the reasons stated above, the Code breaches were deemed as unreasonable management action. As to the new matters around Kate’s work presence, four were identified by the Commissioner as too old and should have been raised with Kate at the time of their occurrance. The collection of allegations was described by the Commissioner as “a process on the part of the Council to trawl for matters that may be held against Ms Burbeck in a disciplinary sense”. It therefore was viewed as unreasonable management action.

Where issues arise, you need to raise and address them in a timely manner. Gathering and presenting them at the end of the process an an allegations letter can be interpreted as a concerted effort to get rid of an employee and an unfair process. If the behaviours continue once raised, you may then have grounds to address them in a formal performance management process.

Kate listed two grievances as bullying incidents. The first alleged that her line manager had caused damage to her personal reputation in a team meeting, while the second was a complaint about the matters raised in her appraisal meeting. Council addressed both matters independently through their complaints process and arrived at reasonable conclusions. In the first grievance, Kate had not been present or named at the meeting and arrived at her conclusion from those who had. Her complaint was deemed unsubstantiated by Council. The second raised her performance concerns as discussed above. Commissioner Wilson deemed that both grievances were addressed via reasonable management action.

Interestingly, the raised voice incident in the allegations letter had a side effect. In her conversation with her line manager Lynda, Kate had raised that Lynda had breached her privacy by publicly stating in front of other staff “this is what I mean about your time management Kate”. Senior management were aware of Kate’s allegation of the privacy breach, but did not investigate this or take any action.

Commissioner Wilson concluded that the decision not to investigate appeared to indicate managements’ belief that Kate was the problem. Kate had not been given an opportunity to provide her side of the story. This contributed to the allegations letter being found to be unreasonable management action.

You must ensure that you deal with all grievances in a fair way. If new allegations are raised, then these need to be addressed, which demonstrates impartiality.

The last incident was the refusal of Kate’s annual leave request. A miscommunication had occurred about Kate’s available leave accrual balance resulting in her request being denied. Once discovered, senior management failed to reassess the situation against Council criteria for a leave application. This was deemed by Commissioner Wilson unreasonable management action.

You must be fair and consistent to all employees throughout performance management processes, including those raising concerns and grievances. Treating one employee differently to another can be bullying type behaviour.

This case against the ASTC provides us with some guidance about what is, and is not, reasonable management action. Where you embark on a process of performance management, to prevent successful allegations of workplace bullying you must ensure your actions meet what is reasonable.

Taking on board some of the learnings of this case may help you to avoid a workplace bullying claim in your business. It will save you time, money and valuable resources. That is well worth the effort!

Do you need help ensuring workplace bullying systems are up to date?

Contact us now to find out how we can help you.