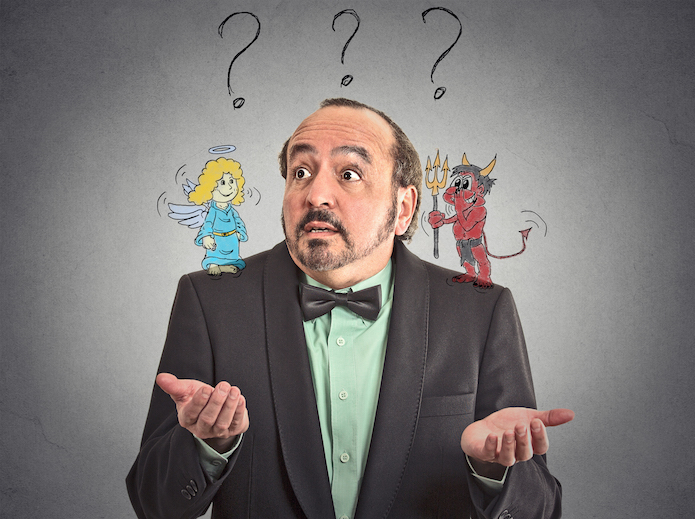 Ethical bystanders are promoted as a solution to workplace bullying. If bystanders stand up, then the bully is pushed down or suppressed. However, is this realistic of what we are likely to see? Is the ethical bystander a real possibility or is it doomed to failure?

The only real chance for ethical bystanders to flourish is where there is ethical leadership.

I have written before about the roles bystanders play in the bullying dynamic. Most will keep their heads down, while others join the bullying in an action of self protection. This is understandable in the context of basic human survival instincts. It’s fight or flight.

However, the research indicates that 60-70% of bullying behaviour is reported as top down; that is supervisor to general employee. Supervisors can control or influence employment status or individual employee reputation within a company.

Even when not a manager or supervisor, a bully can turn their attention to the bystander, who transitions from under the radar to target of the bully. In a bullying environment, most of us can see who the bully is and how they are behaving. What person wants to be the target of that behaviour?

Add to that recent actions against whistle blowers. The raids on the ABC journalists is a threat to anyone who might be thinking of standing up and taking an ethical stand if fear of being revealed. There comes a perceived additional risk to any bystander in our world to be an ethical bystander.

There is only one way that ethical bystanders can thrive and that is where ethical leadership exists. Ethical leaders create safety in their workplaces which mean their employees can raise concerns without fear of reprisals and negative consequences.

Do you promote and encourage workplace bullying ethical bystanders in your workplace? Do you have ethical leadership allowing this to happen?

Contact us today for a free, confidential discussion on how we can help you build an ethical workplace.