Is our workplace bullying education stuck in the 20th century? 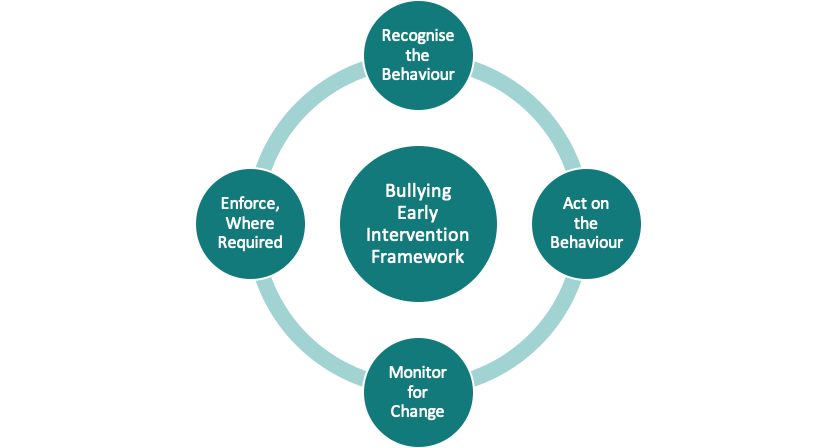 If you are like me, over the years (before my bullying specialist days) I’ve completed my fair share of workplace bullying training.

On reflection, my experience of bullying education was that it failed to result in change. It usually involved regurgitating the workplace bullying policy and the solutions were that if you are bullied you should talk to the alleged perpetrator and/or escalate it to a manager via a formal complaint.

It served for reactive management, rather than pro-active prevention.

Three decades of research has taught us that bullying is a complex dynamic of abuse that develops over weeks, months and years. Therefore, the focus of our workplace bullying education needs to change from a reactive policy based process response, to an early intervention response. At its core the education must aims to change human behaviour, thereby preventing the bullying and resulting serious injury that occurs from the abuse.

In this article, I present an alternative early intervention approach. This approach utilises our Recognise – Act – Monitor – Enforce (RAME) framework.

To assist in explaining the framework, I will tell you about a recent experience of first.

I am a regular poster on social media. One day, an individual decided to comment on one of my posts. The poster used a fictional character as a pseudonym and his profile picture featured a man in a clown suit. I perceived his commentary approach to be aggressive and directive rather than curious. I decided to not respond, but leave the comment there. Everyone’s entitled to their own opinion, right?

Some days later, the poster then commented further, presenting more aggressively than the first posts. The comments became more personal attacks. Instead of responding, I deleted his posts and blocked him.

However, back he came, posting again under a different profile. The new profile was fictional pseudonym, with a television show character profile picture. Neither profile had identifying information on the poster. The posts were again personal attacks. Again, I chose not to respond, this time hiding his comments, rather than deleting them.

I concluded that I had my first online troll. However, after this second bout of comments, he didn’t return to comment.

Intervening in the Bullying Process

To understand how the above example fits into preventing workplace bullying, there are two key factors to understand about bullying and how it eventuates.

I have written before about the workplace bullying process comprised of four stages as demonstrated below. 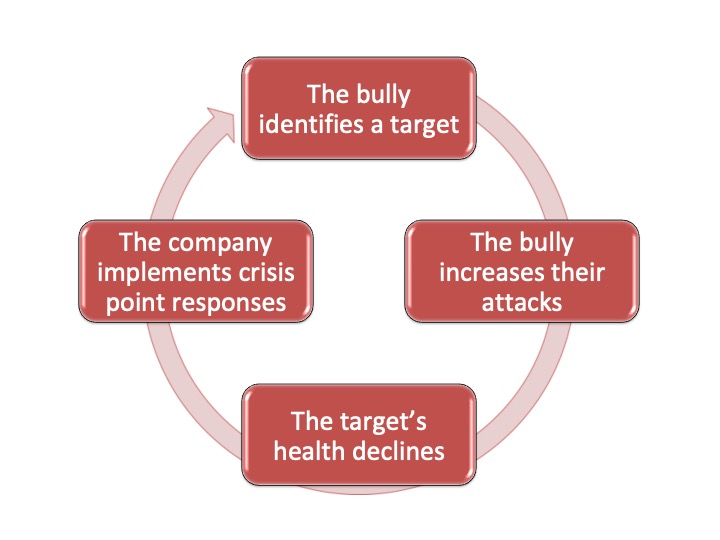 Bullying is not a process that happens overnight. It is usually a process drawn out over a period of months or longer. The longer it goes, the greater the frequency of attacks on the identified target. For example, attacks on the target will increase from monthly to weekly to daily and so on.

The ideal intervention point is as close as possible to the commencement of the first stage, when the bully identifies the target. This is usually pre-injury stage and intervention at this point is vital to prevent not only bullying claims, but work-related injury claims.

The second thing to know is that we are socially trained to suppress the markers that would allow us to act in a preventative way. Workplace bullying experts (eg. psychologist Evelyn Field and university researchers Capponecchia and Wyatt) present what stops employees from recognising bullying behaviours until it is into stages 2, 3 or 4.

The reasons for this are varied, with a number grounded in fear. This includes:

These internal responses stop effective early intervention. We need to re-educate our employees to acknowledge what stops us from acting and then act in their best interests.

Let’s go back to my online troll to help us understand the workplace bullying early intervention educational framework. While the example is simplistic and online bullying different in method only, the framework in relation to face-to-face bullying intervention functions in the same way.

Our framework is comprised of four stages:

A Collaborative Journey Between Leaders and Employees

The most successful implementation of this framework involves a collaborative relationship between leaders and their employees. While an employee can enforce, it is less likely to succeed if an employer is unlikely to take the matter seriously, or act at all.

Where required, an employee can enforce externally with options including the Fair Work Commission’s anti-bullying orders, reporting breaches to health and safety authorities, and/or escalating through legal avenues. These are the options that cost more money to your workplace and, it’s much more cost effective, if you avoid them.

Contact us today for a confidential discussion on how we can help you through our preventative bullying workshops.