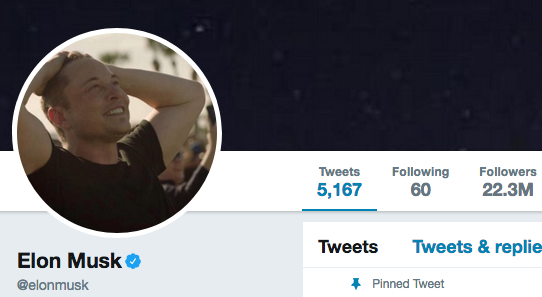 Elon Musk has been in the media for all the wrong reasons in the past few days. If you haven’t been following the news he labelled Vernon Unsworth, rescuer of the cave trapped Thai boys, a “pedo”, an oft used reference to a paedophile, in a Twitter tweet. This has resulted in both negative responses to Musk, potential legal action against him, and a fall in his company’s share price by approximately 3.5%.

While this instance alone is not bullying, Elon’s behaviour is a perfect example of behaviours, if not acted upon, that can grow into something much worse. In the world most of us walk in, it is called workplace bullying.

In this article, we will explore why this type of behaviour is a warning sign and what you can do about it to prevent escalation to workplace bullying in your company.

What is workplace bullying?

Very briefly, workplace bullying has three accepted characteristics which is important to understand why Musk’s comments are not bullying. These are:

While certainly unreasonable behaviour that needs to be addressed, the behaviour, as far as we are aware, is not repeated. Nor do we know whether there is a risk to health and safety.

How is Elon’s behaviour an early warning sign of workplace bullying?

The first thing that stands out as a warning sign for bullying type behaviours is simply the fact that he has directed a personal attack at an individual. By calling Vernon a “pedo”, it wouldn’t be unreasonable to assume Elon is trying to intimidate and humiliate his target.

That being said, what exacerbates this is that Elon has decided to make his comments on social media. He is not only attempting to do this on a one to one basis, he is attempting to use his influence to publicly humiliate, denigrate and discredit Vernon.

If Vernon didn’t have such a public profile due to the rescue of the boys, the consequences to a target could be catastrophic. There are 22 million people who can get access to positive or negative information about an individual and their abilities or characteristics in a split second. The target of that post can immediately feel the impact of a post. It can be through public humiliation in front of their colleagues, family and friends. It can lead to career and relationship destruction, as well as psychological injury and, in worst case scenarios, a person taking their own life.

On top of that, everyone can see Elon is willing to write posts that can humiliate and intimidate individuals in front of everyone. Others then think twice about saying anything that might be misconstrued or raise concerns about any inappropriate behaviour fearing it might bring an attack on them.

The foundation blocks of bullying have been laid and the environment has been primed.

What do you need to do if you have a potential bully in your midst?

If you see or hear signs of potential bullying type behaviours in your company, this is the time to act. It is your early warning sign and your opportunity to prevent the seed of workplace bullying from growing.

Some of your key actions include:

In this way, Elon Musk’s example can help you prevent workplace bullying. Prevention is always better than cure. It is more cost effective and keeps your employees safe and well at work.